What is Atmospheric Plasma?

Plasma is the fourth state of matter, existing as a highly energetic gas with properties dependent on the chemical composition of the gas itself. In everyday life, people observe plasma in the aurorae, lightning, fluorescent light bulbs and use plasma through their spark plugs to start their car. Each of these applications have a plasma state that is different due to the gas composition, gas pressure, and the amount of energy applied. Plasma applications are typically separated by pressure (low, atmospheric, and high) and their thermodynamic properties (thermal and non-thermal). Examples of low-pressure plasma applications are semiconductor wafer cleaning and fluorescent light bulbs. High pressure plasmas are studied for supersonic combustion, fusion, and space reentry. In the past 30 years, atmospheric pressure plasmas have gained interest for their use in applications similar to low pressure applications, but without the expensive equipment required to maintain a low pressure environment.

Atmospheric pressure plasma is ignited at ambient temperature and pressure in a specific gas or gas mixtures such as air, carbon dioxide, argon, helium, water vapor, etc. The energy applied to these gases causes a “breakdown”, where gas molecules are ionized resulting in free electrons. These electrons then become energetic due to the energy applied and react with the surrounding gas to form reactive chemical species.  At APS, we specialize in the creation of complete atmospheric plasma systems (plasma power supply and plasma generating head or applicator) to deliver the chemically activated plasma beam required for specific applications. Our flagship device, The PlasmaBlast PB7000 delivers a plasma beam to remove coatings, clean surfaces and promote adhesion with a single treatment.

The plasma generated by the PlasmaBlast 7000 series uses compressed air and electricity to generate a unique mixture of atomic and molecular reactive oxygen and nitrogen species. These species are delivered using the compressed gas to the surface of the coating (paint, primer, adhesive), where they interact with the carbon and hydrogen in the coating. The oxygen species will oxidize the backbone carbon-hydrogen bonds and weaken the binders in the coating. This results in the vaporization of the coating that can be seen when treating coatings with PlasmaBlast. The oxygen species that react with the carbon and hydrogen form carbon dioxide and water vapor respectively, as shown in the figure below. These gases are blown away from the surface along with the unused reactive species through the compressed airflow (90 slm). Organic coatings are removed layer by layer in this manner until the substrate underneath is revealed. The inorganics within the coating are oxidized, if possible, and released as a dry dust. The dust is then either blown off by the plasma treatment or is collected via a vacuum system if deemed potentially toxic due to the composition of the coating. 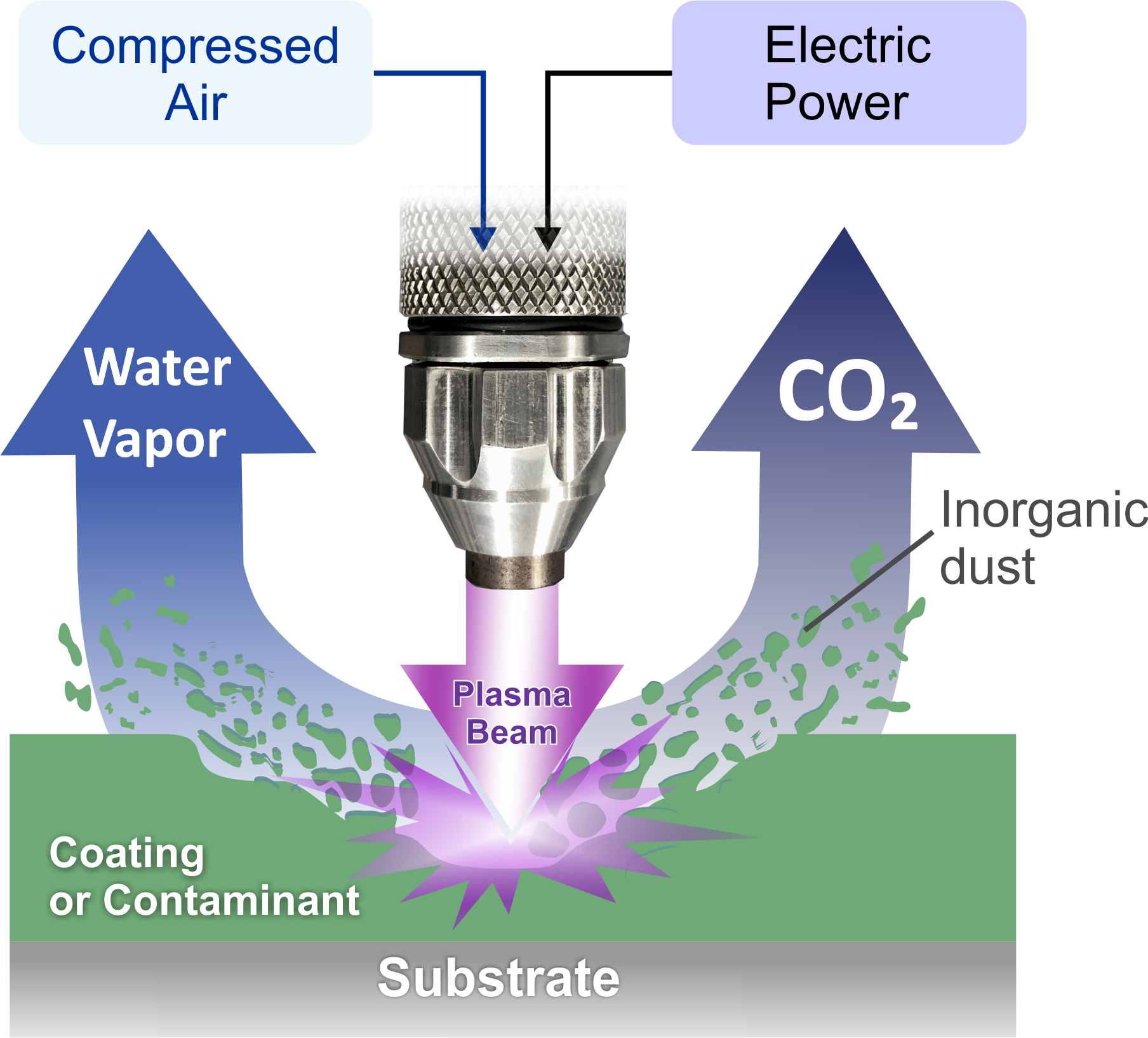 How It Cleans Surfaces

If the surface has coatings or contamination, the PlasmaBlast treatment will deliver the dry etching chemistry of the plasma beam to the surface where it will vaporize the contaminants, like oil or grease, and remove it. The gaseous products will then be swept away by the continuous gas flow of the treatment.  This type of plasma treatment can replace most solvent-based or caustic, wet chemical processes to remove greases and oils prior to further processing of materials. 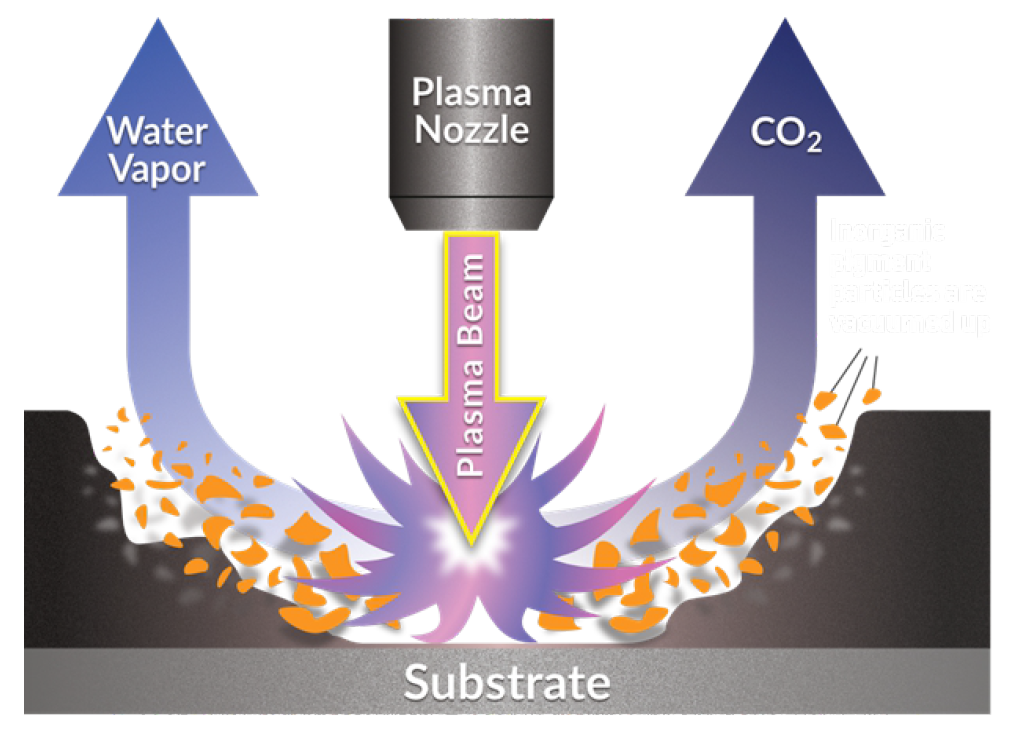 How It Promotes Adhesion

The contract extends APS’s strategic support of Naval platforms on all classes of Surface Ships, Air Craft Carriers and Submarines as well as other naval assets.