PlasmaBlast is deployed in MARS on the GO system 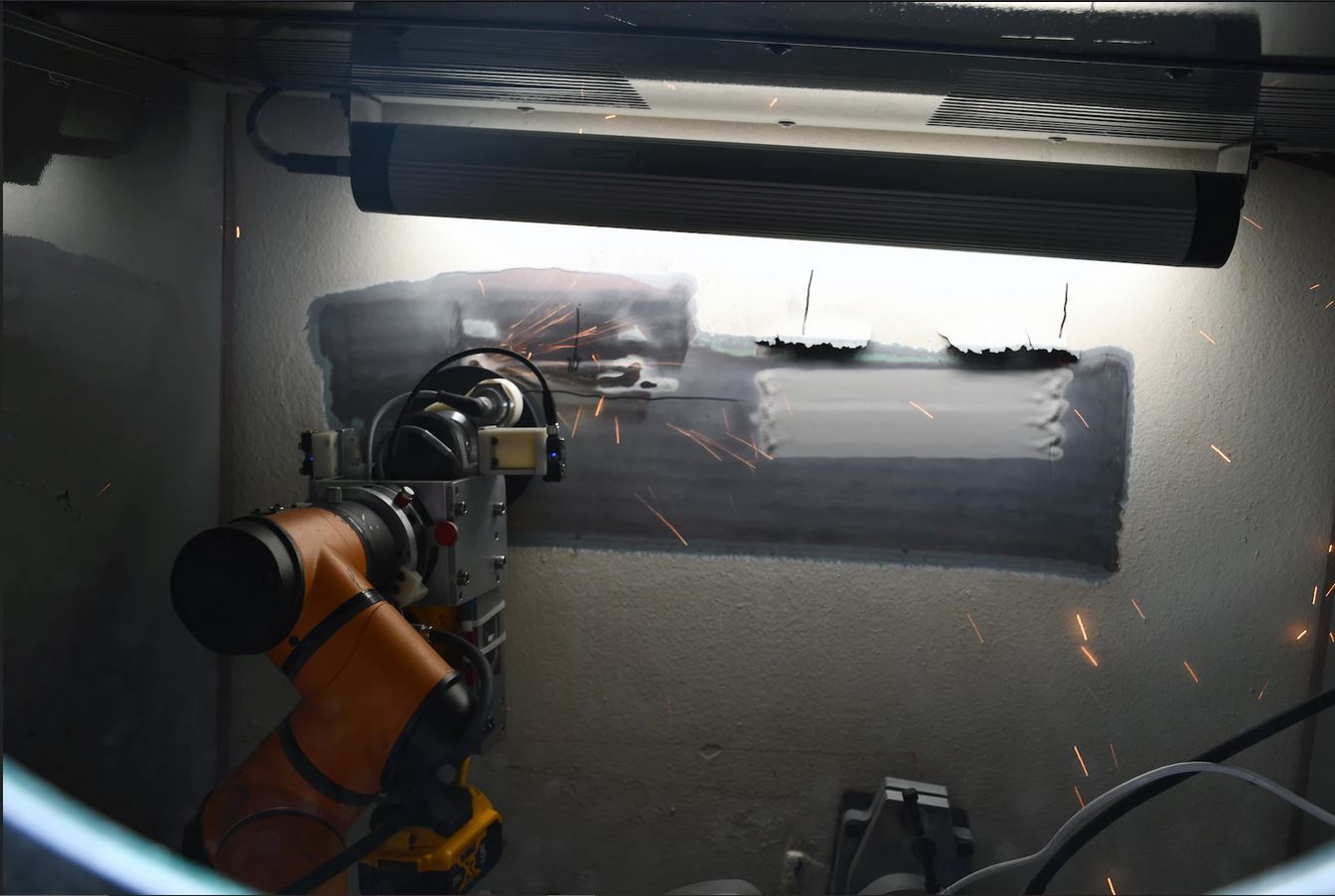 MARS on the Go: Latest Test of the MARS System Onboard a U.S. Navy Ship for the First Time

NORFOLK NAVAL SHIPYARD, Portsmouth, Va.  –   All generations grew up with robots in literature, film, television, theater and comics. Some of the unforgettable ones are Gort from The Day the Earth Stood Still; C-3PO, R2-D2 and BB-8 from the Star Wars franchise; T-800 from The Terminator franchise, Ash and Bishop from the Alien franchise; Robot from Lost in Space; and countless others. Well, there is a new robot in town and it recently conducted cold spray tests onboard a U.S. Navy vessel for the first time.

The Multifunctional Automated Repair System (MARS) is a portable robot system that is capable of performing multiple repair operations including paint removal, grinding, ultrasonic inspections, and cold spray repairs.  Developed and built by Pennsylvania State University’s Applied Research Laboratory (Penn State ARL), the MARS platform is designed to be easily adaptable with multiple repair end effectors and allows the user, civilian and Navy personnel, to easily execute normal ship repair tasks with minimal training.  The system is being vetted for its viability within a shipyard but also for use in an expeditionary or forward deployed environment.

Penn State ARL approached NNSY to coordinate an opportunity to demonstrate the MARS system shipboard after a successful demonstration of the system at NSWC Port Humene Division (NSWC PHD).  Unique from the previous demonstration, this evolution would be the first time testing shipboard cold spray for the Navy using a newly developed hatchable cold spray system. Currently NNSY is only performing cold spray repairs for ship components that are capable of being brought to the cold spray facility in BLDG 163.

The NNSY team and Penn State ARL chose a test location on Ex-USS McKee (AS 41) that had specific features to allow testing of the MARS system upgrades as well as the cold spray repair system.  With assistance from the Lifting and Handling Department (Code 700), the Mechanical Group (Code 930), and Temporary Services (Code 990), all the equipment was brought shipboard to support the demonstration.

“We are conducting a demonstration and tests to see what it will take to bring the MARS system onboard a ship,” said Penn State’s Head of Material Science Division for Applied Research Lab Dr. Tim Eden. “We brought all the gear needed to conduct a variety type of repairs and used it onboard the McKee. This allotted us to see what obstacles were out there that we had to overcome like tight spaces, uneven bulkheads and deckplates.”

During the weeklong demo, the team was able to test out the MARS system’s ability to cold spray, grind, plasma blast and ultrasonically test various components.  Sailors from USS George H.W. Bush (CVN 77) were invited to take part in the demo to get hands-on experience working with the MARS system and its controls to provide feedback to the team.

Using the MARS system onboard a Navy vessel also gave the team a better perspective on the necessity to reduce the amount of equipment and make improvements to the existing equipment. “As we are transporting, carrying and installing the MARS system, we ask ourselves if this piece of gear or that piece of gear can become lighter and smaller and still perform at the same level, if not better, than the gear we are testing today. Anytime we can make a repair safer, faster and cheaper without losing any quality is a win,” said Submarine Pipe and Engineering Branch head (Code 265) Dan Stanley.

There will be more testing and demonstrations in the future after Penn State ARL performs additional modifications to the MARS system and is ready to field the system. NNSY is gearing up for a hatchable cold spray system slated for arrival in early 2022.  If MARS could speak like another famous robot, it would say “I’ll be back.”

More about MARS on the GO